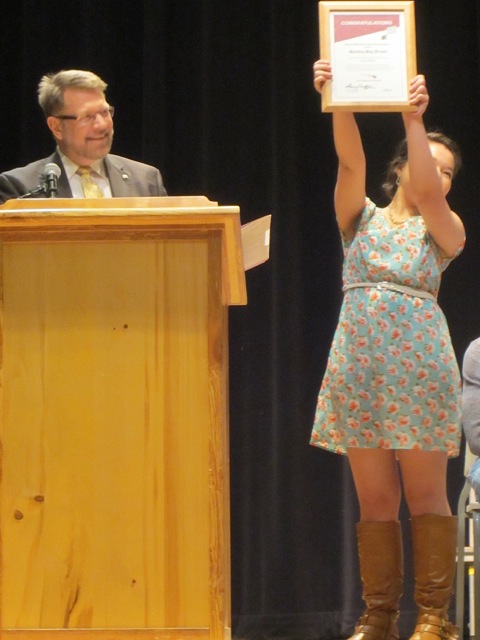 As exciting news of the Gates Millennium Scholarship winners reverberates across Alaska, the importance of teachers being trained to mentor students through the challenging application process is becoming increasingly evident. Through the efforts of Tad Bartimus and Dean Wariner, with support from the Association of Alaska School Boards, this year’s writing workshops targeted teachers in all regions of the state, and have already produced 36 teachers and a pipeline of 30+ students preparing to apply for the Gates and other scholarships next year. The achievements of this year’s Gates Scholarship winners have inspired the next round of applicants, whose subsequent successes will profoundly affect their futures, their families, and their communities.

Three Alaska high school students mentored by teachers in the Talk Story, Write Story writing program have been chosen as recipients of the prestigious Gates Millennium Scholarship for the 2014 – 15 academic year. The Association of Alaska School Boards sponsors the Talk Story, Write Story creative workshops for teachers.  Mary Pingayak and Kyla Fermoyle, both from Chevak, and Martina May Brown from Ketchikan, were chosen from more than 52,000 applicants that qualify from a designated minority population and on a function of other factors, including dependency status, family income, family size and the number of students in the family.  Only 1000 recipients are chosen annually from around the nation to receive the scholarship.

The new Gates recipients’ teacher-mentors are, in Chevak, Jeanne Campbell, and in Ketchikan, Robert McClory and Natasha O’Brien.

These young women were supported in the pursuit of the Gates scholarship through a project sponsored by the Association of Alaska School Board’s Consortium for Digital Learning.  Tad Bartimus and Dean Wariner, co-directors of Talk Story, Write Story workshops, guided the winners’ teachers through four-day personal essay workshops in April 2013, in Ketchikan and Bethel. The workshops taught teachers how to help their students write their way into college and scholarships by showcasing their  heritage, character, personalities, and goals.

Bartimus and Wariner continued to work with the teachers and their students from September through mid-January via technology (audio/video conferencing, email, and other electronic means) which proved a critical element in the Gates applicants’ success.  A support team of parents, teachers, Talk Story, Write Story mentors, and AASB project leaders encouraged and motivated these students as they worked toward the January 16 submission deadline for accomplishing their goal of becoming Gates scholars.

Talk Story, Write Story’s goal is to train 100 Alaska teachers so they can mentor their worthy students and substantially increase Alaska students’ abilities to attend college through the Gates and other scholarships.

The Gates Millennium Scholarship Program offers a wide range of resources to assist these students in their academic pursuits and development as a leader. A Freshmen Leadership Conference orients students for a transition to college. Each student has access to graduate school planning, a mentoring program and a social networking website with exclusive access to other Gates Scholars.

Chevak High School Senior Mary Pingayak’s video about her Upward Bound experience at the University of Alaska Fairbanks this summer.

Thanks to a program called Upward Bound, rural Alaska high school students have more opportunities for a higher education. The goal of Upward Bound is to improve the graduation rates of high school students and increase the number of Upward Bound graduates who enter colleges and universities. Since many of the students come from parts of the state where connectivity is lacking, one of the most important things they learn through the program are the skills necessary to use technology and broadband to further their education. This video is a great example of how one student, Mary Pingayak from Chevak, Alaska is using what she learned in multimedia to help document her experience in the Upward Bound program while encouraging others to give it a try! 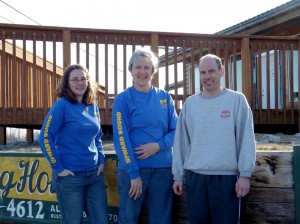 The thermometer was still in the teens in Bethel but these hearty bush teachers didn’t seem to notice as they took a mid-morning spring break from their Talk Story, Write Story four-day creative writing workshop.

Tad Bartimus and Dean Wariner will continue to mentor and support workshop participants through email and Skype sessions to help them implement their own Talk Story, Write Story units created for their high school students. 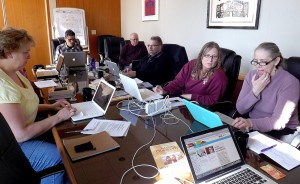 High School English teachers and counselors from Metlakatla and Ketchikan deep in creative talk and thought during a Talk Story, Write Story workshop led by Tad Bartimus and Dean Wariner at Cape Fox Lodge in Ketchikan.

Talk Story, Write Story is all about helping great teachers spend four full days focused on their own critical thinking and personal essay writing. Assigned topics require them to dig deep to express themselves the way they will have to inspire and lead their students to write their way into colleges of their choice and win scholarship awards to pay for their education dreams.